Findings from the EPIC-Norfolk study – October 2013

Supporting an ageing population is a key health challenge for the twenty-first century. Around half of those over seventy-five now live alone, and social isolation can affect their health. New research from CEDAR is adding to understanding about the influence of multiple social relationships on healthy eating.

Nutrition plays a key role in healthy ageing. In the UK, it is estimated that around 70,000 avoidable deaths are caused by diets that do not match current guidelines (pdf, p-17).

The EPIC-Norfolk study is following a population of over 25,000 people in Norfolk since 1993 to study diet and other factors in relation to chronic diseases. Using data from this study, Cooper et al (2012) found that individuals who consumed three additional vegetable items per week had a 13% lower risk of developing type 2 diabetes.

What people eat can change, and people’s ability to engage in healthy eating is influenced by the social environment. This includes factors such as marriage, cohabitation, friendship, and general social interaction. These can matter differently for women and men.

CEDAR researchers have analysed EPIC-Norfolk data from nearly 10,000 men and women aged 50 and over. They looked at combined influences of multiple social ties in relation to the daily variety of fruits and vegetables eaten. This research adds new evidence about how unique combinations of older people’s social lives can affect their diet.

Partnership effects. In older adults, being single or widowed decreased the daily variety of fruit and vegetables eaten compared to being married or living as married.

Gender differences. Marital status affected the variety of vegetables eaten in men more than it did in women. Single, separated and widowed men ate fewer different vegetables than women in similar circumstances.

Effects on marital status from other social ties. The role of marital status in healthy eating was altered when a second social tie was considered. Both living alone and having less frequent contact with friends increased the effect of widowhood on reducing vegetable variety. 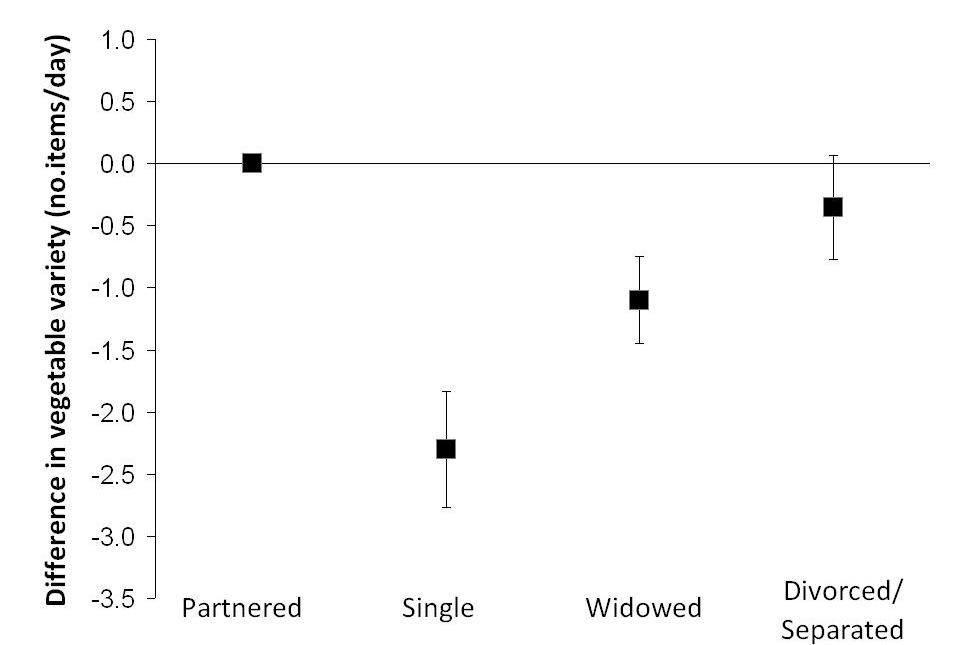 The effect of marital status on vegetable variety changed when we included an older person’s living arrangement: 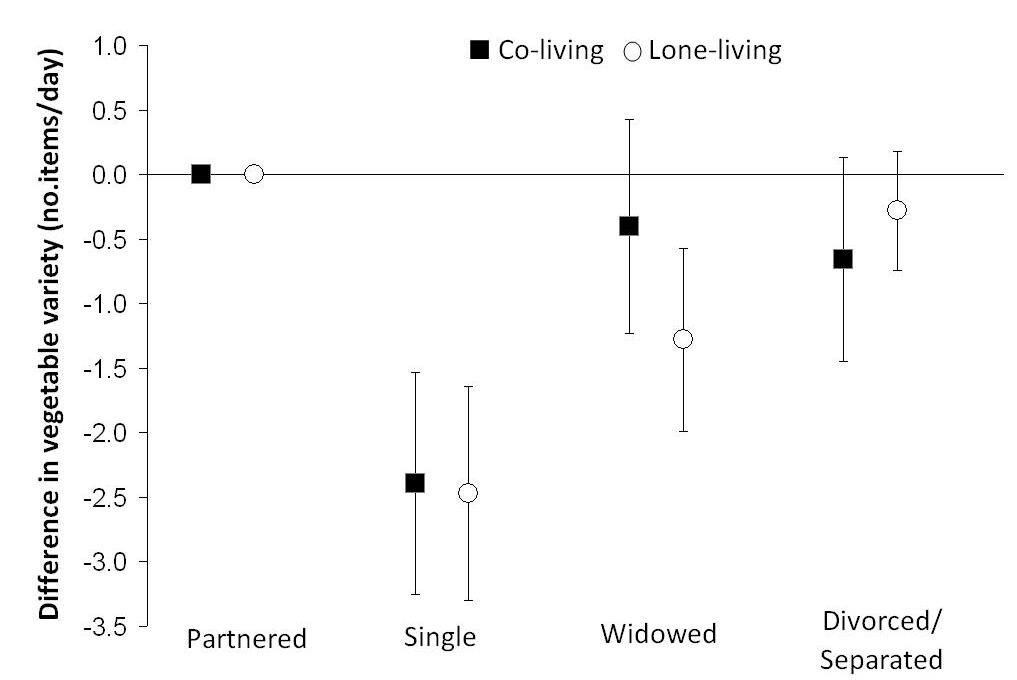 This shows that it is not solely widowhood but rather the combination of both widowhood and lone-living that puts older people at risk of a lower quality diet.