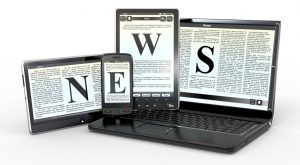 A selection of the coverage our research has achieved in the news is below.

For all our latest news, visit www.cedar.iph.cam.ac.uk/news

A paper published in BMJ Open by CEDAR researchers reports that children from disadvantaged backgrounds and certain ethnic minority backgrounds, including from Pakistani and Bangladeshi backgrounds, have lower levels of vigorous physical activity.

The researchers studied data from almost 5,200 children aged 7 years who were part of the Millennium Cohort Study, a longitudinal study of children born in the UK between September 2000 and January 2002. The children were given accelerometers and their activity measured for a minimum of ten hours for three days.

On 18 December 2018, a team of researchers led by Dr Katrine Ejlerskov and Dr Jean Adams published a paper in PLOS Medicine which suggests that policies aimed at removing sweets and crisps from checkouts could lead to a dramatic reduction in the amount of unhealthy food purchased to eat ‘on the go’ and a significant reduction in that purchased to take home.

The research team used data from more than 30,000 UK households who recorded all the food they bought and brought home during 2013–2017 to assess the impact that the introduction of policies by major supermarket chains to remove or limit unhealthy foods checkout food has had on shoppers’ purchasing habits.

On 23 October 2018, Dr Tom Burgoine was interviewed by BBC Look East on the rise in fast food outlets in UK High Streets.

On 26 September 2018, Dr Kirsten Corder provided expert commentary to the Science Media Centre on a new study published in The Lancet Child and Adolescent Health on the associations between  sleep, exercise, recreational screen time use and cognition in children.

“Importantly, this study confirms that physical activity is not harmful to cognition and emphasises its importance for physical health. The guidelines used here broadly align with British recommendations, where an average of an hour a day of activity is suggested for children.”

A paper in the journal Heart, published on 21 May 2018 by Dr Jenna Panter and colleagues at the Unit and CEDAR, found that people who are more active when commuting to work by walking or cycling could be cutting their relative risk of developing ischaemic heart disease or stroke by 11%, and their relative risk of dying from these diseases by 30%. They used data on 358,799 participants in the UK Biobank.

On 2 May 2018, researchers led by Dr Rahul Goel and Dr James Woodcock published a paper in PLOS ONE indicating that Google Street View has the potential to estimate how common cycling is in cities, and potentially other travel patterns too.

Their analysis of 2,000 Google Street View images from 1,000 random locations in each of 34 cities in Great Britain found strong agreement with data on cycling, and public transport and motorbike use from the 2011 census and annual Active People Survey.

Dr Tom Burgoine was interviewed on the BBC One programme ‘The Truth About…Obesity’ which aired on Thursday 26 April 2018, where he discussed the impact of our food environment, and in particular fast food outlets, on how we eat and the obesity crisis. .

An analysis by the Guardian using data provided by the Centre for Diet and Activity Research (CEDAR) and Ordnance Survey has revealed that pupils attending school in the most deprived areas are exposed to five times as many fast food outlets as those in the wealthiest areas. Previous research by Dr Tom Burgoine and colleagues at CEDAR found that a higher exposure to fast food outlets was associated with a higher risk of obesity.

Dr Burgoine was also quoted in a BBC Reality check article on the analysis, and the story was also reported in Quartz.

The Guardian covered the launch of the Food environment assessment tool (Feat) in July 2017 (see below), and has compiled their coverage of takeaway food at www.theguardian.com/inequality/series/fast-food-uk

In July 2017, CEDAR launched the Food environment assessment tool (Feat). This new resource is underpinned by the latest scientific evidence about how food access in our neighbourhoods affects our dietary choices, body weight and health. It allows for detailed exploration of the geography of food retail access across England. It allows you to map, measure and monitor access to food outlets at a neighbourhood level, including changes over time. It is designed around the needs of professionals in public health, environmental health and planning roles, locally and nationally.

We worked with The Guardian newspaper as part of the Feat launch. The paper covered it from a number of angles:

The paper has compiled more of their coverage of takeaway food at www.theguardian.com/inequality/series/fast-food-uk

A number of other national and local outlets picked up the story. Feat was covered in the Mirror and International Business Times, and over the following week several local newspapers around England published articles on the growth of takeaway numbers in their area. Dr Tom Burgoine, who led development of Feat, was interviewed by several radio stations including Radio 5 Live.

A new leash of life: dog walking could be key to ensuring activity in later life – July 2017

Regularly walking a dog boosts levels of physical activity in older people, especially during the winter. Published in the Journal of Epidemiology and Community Health, the study used data from the EPIC Norfolk cohort study, which is tracking the health and wellbeing of thousands of residents of the English county of Norfolk. The researchers from the University of East Anglia (UEA) and CEDAR found that owning or walking a dog was one of the most effective ways to beat the usual decline in later-life activity, even combatting the effects of bad weather. Dog owners were sedentary for 30 minutes less per day, on average.

National coverage of this story included the Daily Telegraph, Independent, Daily Mail, the Sun, and the Daily Express, with lots of local and regional coverage across the country.  Internationally, it pricked up the ears of Sky News Australia, Times of India, and Irish Times among many others. Prof Andy Jones also did a pack of interviews (14 in fact) with BBC local radio stations, as well as ITV Anglia.

People who live or work near to a greater number of takeaway outlets are more likely to eat more takeaway food and to be overweight; but new research from CEDAR indicates that neighbourhoods saturated with fast food outlets may be particularly unhealthy for people who are socioeconomically disadvantaged. The study suggests that policies to improve the food environment in towns and cities could be helpful in tackling social inequalities in diet and health.

The health benefits of walking and cycling outweigh the negative effects on health of air pollution, even in cities with higher levels of air pollution, according to a new study led by CEDAR researchers. This new evidence strengthens the case for supporting cycling even in polluted cities – an effort that in turn can help reduce vehicle emissions.

The bus might seem like a natural enemy of the vulnerable cyclist. But in Cambridgeshire, a ‘guided busway’ is encouraging more cycling and helping commuters to become more active on their way to work. This is according to a new study from the University of Cambridge, funded by the National Institute for Health Research and published in the American Journal of Preventive Medicine.

The liberalisation of the sugar market in the EU may increase sugar consumption, particularly among the lowest socioeconomic groups, and damage public health across Europe and beyond, warn CEDAR researchers at the University of Cambridge, writing in The BMJ.

Each hour per day spent watching TV, using the internet or playing computer games during Year 10 is associated with poorer grades at GCSE at age 16 according to new CEDAR research. In a study published in the International Journal of Behavioral Nutrition and Physical Activity, researchers also found that pupils doing an extra hour of daily homework and reading performed significantly better than their peers. However, the level of physical activity had no effect on academic performance.

The rise of the takeaway: Number of takeaways in deprived areas increases substantially over two decades – April 2015

The number of takeaway food outlets has risen substantially over the past two decades, with a large increase seen in areas of socioeconomic disadvantage, according to a study carried out across Norfolk by researchers at CEDAR. This follows research from 2014 that showed that people who lived and worked near a high number of takeaway outlets tended to eat more takeaway food and were more likely to be obese than those less exposed.

A study, published in the journal PLOS One, tracked the price of 94 key food and beverage items from 2002 to 2012. Its findings show that more healthy foods were consistently more expensive than less healthy foods, and have risen more sharply in price over time.

Walking or cycling to work is better for people’s mental health than driving to work, according to research by health economists at the University of East Anglia and CEDAR

The provision of new, high-quality, traffic-free cycling and walking routes in local communities has encouraged more people to get about by foot and by bike, according to a new study involving CEDAR researchers published in the American Journal of Public Health.

A study of physical activity patterns of women and their four-year-olds reveals a strong association between the two. It also shows that only 53% of mothers engaged in 30 minutes of moderate-to-vigorous activity at least once a week. Taken together, these results highlight valuable avenues for intervention strategies.

People who live and work near a high number of takeaway food outlets tend to eat more of these foods and are more likely to be obese than those less exposed. The first UK study to combine home, work and commuting environments of 5,442 adults found that those most exposed to takeaway outlets were almost twice as likely to be obese than those who encountered the fewest outlets.

The London cycle hire scheme has had a positive overall effect on the health of its users by increasing physical activity within the capital. These benefits outweigh the negative impacts from injuries and exposure to air pollution, according to the results of a large-scale modelling study published in the BMJ by CEDAR, LSHTM and UCL researchers.

Lead author on the BMJ paper Dr James Woodcock also contributed to the British Cycling plan to transform Britain into a true cycling nation, which was covered by a range of media including The Times, ITV, the Guardian and Cambridge News.James also contributed to the BBC Radio 4 Programme Right of Way: Cycling and the City in which he talked about how the population health benefits of cycling outweigh the risks.

Children living in areas surrounded by fast food outlets are more likely to be overweight or obese according to new research from the University of East Anglia and CEDAR.

The rise of the takeaway: Number of takeaway outlets in deprived areas increases substantially over two decades