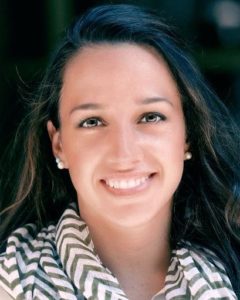 Emilie Aguirre, JD (Harvard), was a Research Associate in the Dietary Public Health Research programme at CEDAR, and is an ongoing academic collaborator with researchers in Cambridge.

Emilie trained as a lawyer and sociologist and spent two years at CEDAR, where she was a Fulbright Schuman scholar, Harvard Knox Fellow, and Isaac Newton Trust grantee. She brought a novel legal perspective, examining the impacts of macro-level policies on food systems, diet, obesity and health, in particularly the impact of the EU Common Agricultural Policy (CAP) and international trade law and their contributions to creating an obesogenic, unsustainable food system.

Her work on the CAP and sugar showed that the liberalisation of the sugar market in the EU may increase sugar consumption, particularly among the lowest socioeconomic groups, and damage public health across Europe and beyond. These considerations remain relevant in the UK as it seeks to leave the EU and establish new trade deals.

This evidence has figured in Public Health England’s thinking about the wider influences on diet, and the associated paper in the BMJ gained national media coverage, as well as informing CEDAR’s ongoing research to a whole-systems approach.

Following a stint as an Academic Fellow at the Resnick Program for Food Law and Policy at UCLA School of Law, Emilie is now undertaking a PhD in Health Policy and Management at Harvard Business School. In 2016 she was named as one of “30 under 30 inspirational young people making the food system more nutritious and sustainable”.

Nicholas Jones: PhD student to civil servant: from secondments to a policy career 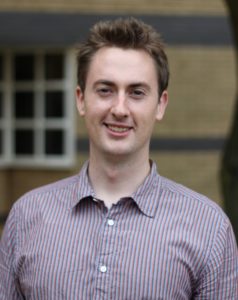 Dr Nicholas Jones’ PhD at CEDAR focused on the application of the Dietary Approaches to Stop Hypertension (DASH) eating plan to the UK, and more broadly his work touched on food security and health inequalities.

He was also involved in work to develop interactive data visualisations to allow exploration of food consumption patterns and prices, and had his work featured in national media.

He has also completed a three month internship at the Centre for Science and Policy (CSaP) at the University of Cambridge, where he organised a workshop to assess the evidence surrounding the benefits of play in middle childhood and analysed qualitative data emerging from the CSaP Policy Fellowships programme.

These internships gave Nick the opportunity to see how evidence is used to develop policy and reflect on this, informing the direction of his later PhD work and developing skills outside the core scientific training of a PhD. In his final year Nick won an award from the Cambridge Society for the Application of Research for his work on developing low-cost healthy diets.

After completing his PhD, Nick joined the Civil Service Fast Stream at the Department for Transport, where the analytical and transferable skills he gained during his PhD are proving indispensable.