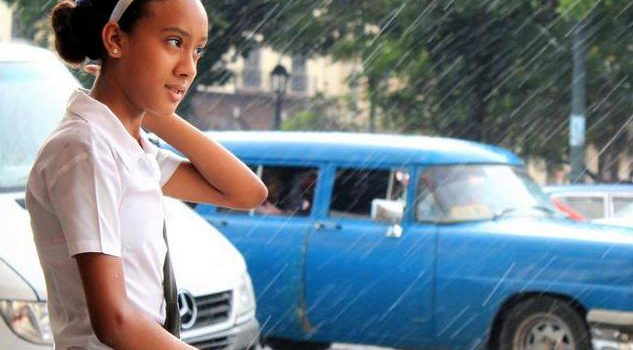 In a study published today in the International Journal of Behavioral Nutrition and Physical Activity, researchers from the Centre for Diet and Activity Research (CEDAR) used accelerometers to monitor the physical activity of nearly 300 children from Norfolk at ages 9-10, 10-11, and 13-14 years. The daily weather was obtained for two local weather stations, and the researchers examined the relationship between rainfall and physical activity over the whole day, during travel time to school, at lunchtime and after school.

Lead author Dr Flo Harrison, from the University of East Anglia said: “This research shows rainfall having the greatest effect on reducing physical activity in younger children. Therefore, efforts to increase activity on wet days may be most relevant at primary schools.

“As well as affecting these primary school children, such interventions could also play a part in making children more resilient to bad weather over time. This is important because the decline in activity during wet weather is happening against a background of an overall decline in physical activity into adolescence. While some of this decline may be a natural part of growing up, we do know that children and adults are not physically active enough overall. It’s important that bad weather doesn’t become any more of a barrier to activity than it needs to be.”

Examples of wet weather interventions include the provision of sheltered outdoor spaces or indoor spaces suitable for active play, ensuring that all children have adequate clothing, or making sure that play areas are not susceptible to water-logging. Strategies for keeping active in all conditions could also be incorporated into school-based behavioural interventions.

The findings also show that rainfall has a greater impact during periods when children have more freedom, such as lunchtime and after school, compared to times when their activity is more habitualised, such as travel to school. Interventions that specifically encourage free play in wet weather are therefore important to consider. The fact that children at ages 13-14 already engage in less free play than their younger counterparts is also a possible explanation for why rainfall affected them less.